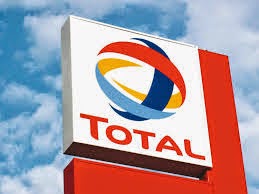 Christophe de Margerie, the chief executive officer of Total SA, the French oil company, has been killed in an accident at Moscow's Vnukovo airport, according to official sources.

Russian President Vladimir Putin sent his condolences over the incident, calling de Margerie a "true friend of our country".

"In Christophe de Margerie, we lost a real friend of our country, whom we will remember with the greatest warmth."

Vladimir Putin, Russian President. He praised the 63-year-old oil boss as "an outstanding French entrepreneur who originated many major joint projects that formed the basis of many years of fruitful cooperation between Russia and France in the energy sector."

"In Christophe de Margerie, we lost a real friend of our country, whom we will remember with the greatest warmth," Putin said.

"Christophe de Margerie died last night shortly after 10pm [Paris time] in an air crash at Vnukovo airport in Moscow following a collision with a snow removing machine," the statement released by the said.

The driver of a snow plough involved in the accident was drunk, Russian investigators said.

"It has been established that the driver of the snow plough was in a drunken state," the investigating unit said in a statement.

It added that its preliminary theory was that "an error by air traffic controllers and the actions of the snow plough driver" were to blame for the deadly accident. Possible mistakes by the pilots were also being looked at.

Airport officials told TASS that the collision occurred on Monday at 11:57pm Moscow time, killing de Margerie and three crew members, all of them French citizens.

Visibility at the time of the crash was 1,150ft.

He was married with three children and had worked for the company for 40 years, spending his entire career there.

The head of the federal aviation agency, Alexander Neradko, has taken charge of the investigation, the Interfax news agency reported.

In addition to that, airport spokeswoman Yelena Krylova told RIA Novosti news agency that the plane's black boxes have been removed.

Shares in Total fell sharply in initial trading following the news on Tuesday, but then steadied for a loss of 0.21 percent AFP news agency reported.