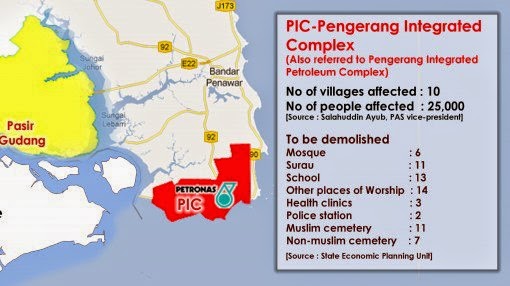 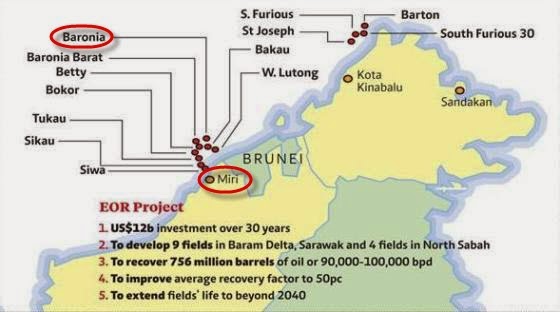 SAPURAKENCANA and Saipem were among the bidders in Petronas Carigali’s tender call for the turnkey delivery of a central processing platform lined up under the integrated Bardegg 2 and Baronia enhanced oil recovery project off Malaysia.

The duo are bidding against five others, including Abu Dhabi-based National Petroleum Construction Company, which surprised the market by putting in a bid in late April for the CPP contract.

Petronas must not "outsource" obligation in Pengerang to Johor Govt

AS a responsible corporate citizen, Petronas has a moral obligation to ensure that the acquisition of land for the Refinery and Petrochemical Integrated Development (RAPID) project in Pengerang is conducted with the highest level of integrity and with utmost care for the local community.

Petronas must not "outsource" and "offload" its moral obligation and corporate social responsibility entirely to the Johor State Government.

KKB Engineering Bhd’s 43%-owned OceanMight Sdn Bhd has bid for contracts worth some RM700mil to fabricate offshore facilities for the oil and gas (O&G) industry.

Director Kho Pok Tong said OceanMight had submitted five tenders on invitation by oil majors to fabricate offshore structures like jacket, topside and heli-deck in the past four to five months.

“The outcome of the tenders could be expected in the second half of this year,” Kho told StarBiz after KKB Engineering Bhd’s AGM yesterday.

OceanMight was recently granted a licence by Petroliam Nasional Bhd (Petronas) to fabricate offshore facilities for the O&G industry.

To facilitate fabrication of offshore structures for the O&G industry, KKB group has invested about RM86mil in a new steel fabrication yard along Jalan Bako near here.

The new facilities built include five covered fabrication workshops and two loadout jetties, which could handle up to 30,000 tonnes of steel structures.

Kho, who is also KKB group executive director, said the company had invested in modern and automated equipment to increase efficiency and output as well as ensure quality of the fabricated offshore structures.

“The new yard is geared towards a modernised O&G offshore fabrication.”

He said KKB board had approved a standby capital expenditure (capex) of RM50mil for three years up to June 2016 for offshore structure fabrication projects.

According to Kho, OceanMight had assembled a project management team with qualified senior technical people and that the number of team members would be increased to 105 by year-end.

The diversification into offshore structure fabrication is in line wth KKB group’s long-term ambition to move up the value chain in structural steel fabrication to complement its traditional activities.

Kho said besides tenders submitted by OceanMight, KKB group had bid for another RM100mil worth of contracts as of March 31 this year.

Malaysian oil and gas small and medium enterprises (SMEs) and major O&G companies clinched RM1.27bil in sales at a US conference.

The Malaysia External Trade Development Corporation (Matrade) said on Friday the sales were generated from the 208 one-to-one business meetings which it had arranged at the Offshore Technology Conference in Houston from May 5-8.

He said the SMEs were led by Matrade, together with Malaysia Petroleum Resources Corporation (MPRC) and Malaysian major O&G companies.

The Malaysia pavilion at OTC Houston consisted of 25 companies and government agencies.

"Despite the size of the Malaysian SMEs O&G companies; they are capable in finding their niche in OTC. These smaller companies should come together to form partnership among themselves in order to realise the economy of scale for them to be in the supply chain of the bigger player," he added. 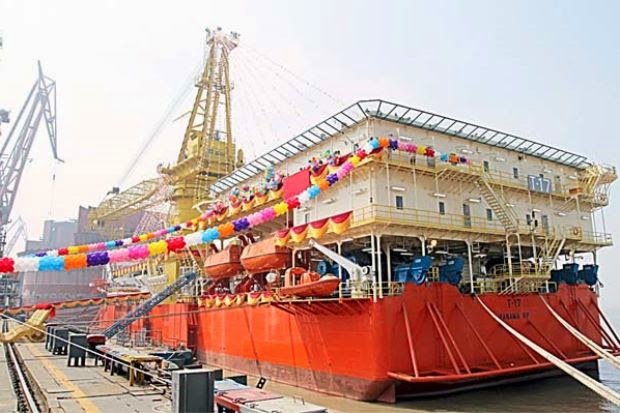 SapuraKencana Petroleum Bhd has bagged a number of oil and gas jobs worth US$312mil (RM1.01bil) for work in Ivory Coast, Russia, India, Brunei and Malaysia, lifting its order book to a new high of RM27bil.

THHE wins contract worth up to RM2.7bil 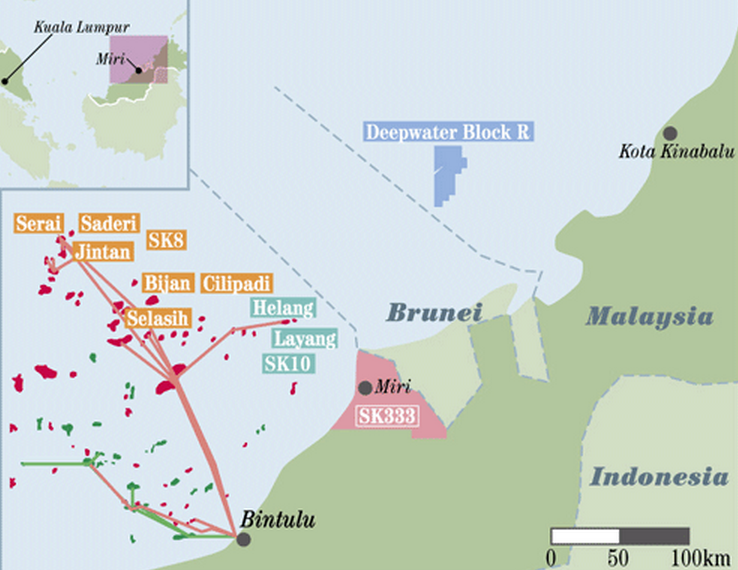 TH Heavy Engineering Bhd (THHE) has won a contract for the provision of engineering, procurement, construction, installation and commissioning (EPCIC) and leasing of its floating production storage and offloading (FPSO) vessel, a deal that could be worth up to RM2.67bil.

The company told Bursa Malaysia yesterday that it had received a letter of award (LoA) from JX Nippon Oil and Gas Exploration (M) Ltd. 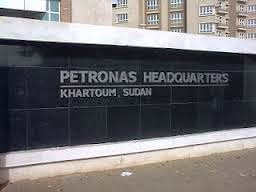 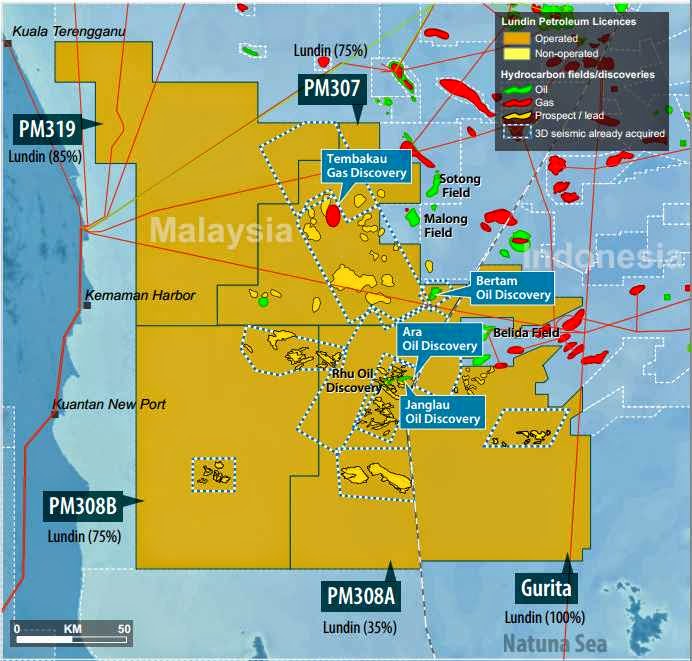 The field, in the PM307 block, will be developed using a 20 slot wellhead platform alongside the spread-moored Ikdam FPSO. 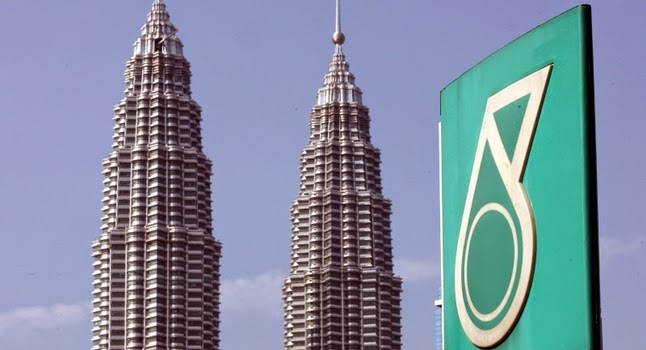 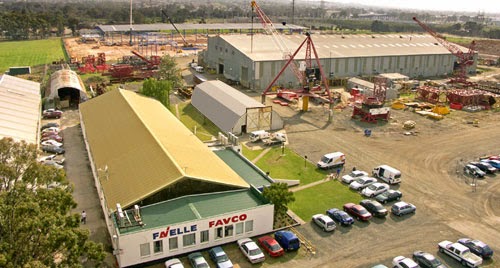 MUHIBBAH Engineering Bhd (MEB) is back on investors’ radar and is set to put the dampening issues in relation to Asia Petroleum Hub (APH) behind it.

The company, which has emerged from the financial predicaments following the APH issue after making over RM400mil provision over the past few years, is all geared up to ride on the oil and gas boom as well as Petroliam Nasional Bhd’s (Petronas) massive capital expenditure. 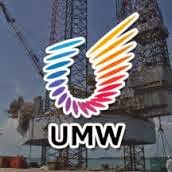 BIO Osmo Bhd, which has seen some changes in its shareholding, is likely to be transformed into an oil and gas player through a corporate exercise.

Sources say a well-connected group from Sarawak is looking to inject RM200mil worth of oil and gas fabrication assets into the loss-making bottled water company.

The group has been on the look-out for a shell company for some time and Bio Osmo, which is debt free after having undergone a recent restructuring exercise, fits the bill.

The group from Sarawak, that is close to the state government, has been on friendly terms with Bio Osmo’s existing owners for some time, says the source.

In January this year, Harzani Azmi, the managing director of Tanjung Offshore Bhd emerged as a substantial shareholder of Bio Osmo. Tanjung Offshore is still without a core business after it sold its offshore supply vessel business to Ekuiti Nasional Bhd in July 2012 for RM220mil.

Harzani’s emergence spurred speculation that the loss-making bottled water manufacturer was looking to enter the oil and gas sector.

Harzani, via private company Al Maurid Resources Sdn Bhd, acquired a 28% stake in Bio Osmo after taking up 99 million shares in the company.