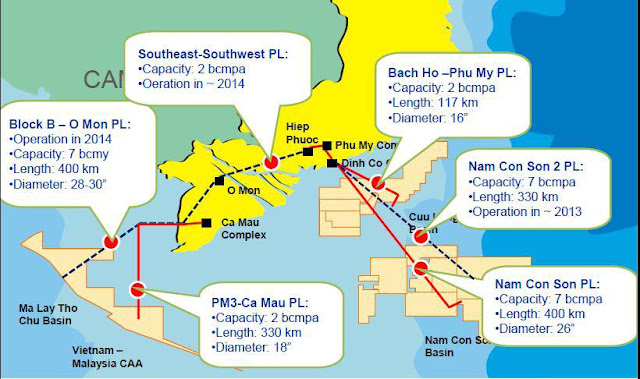 Vietnamese government has awarded a licence to state-owned Petrovietnam and its foreign partners to invest $1.27bn in a gas pipeline in southern Vietnam, the country’s foreign investment agency (FIA) said in a report published April 26.

The Block B-O Mon project pipeline will be built in Kien Giang province. The licence was granted April 20 to a joint venture between PV Gas, a subsidiary of Petrovietnam, and “a Japanese investor”, FIA said.

Petrovietnam's website listed the pipeline project partners as itself, subsidiary PV Gas, Japan's Mitsui Oil Exploration and Thai PTTEP. The pipeline is expected to be operational by 2Q 2020. The pipelines have total length of 431km with design capacity of 20.3mn m3/d (7.4bn m3/yr). It will supply gas to power plants in Kien Giang and Can Tho provinces.

The project was kicked off in April 2016 by then prime minister Nguyen Tan Dzung.

The project will be put into operation from 2Q 2020.