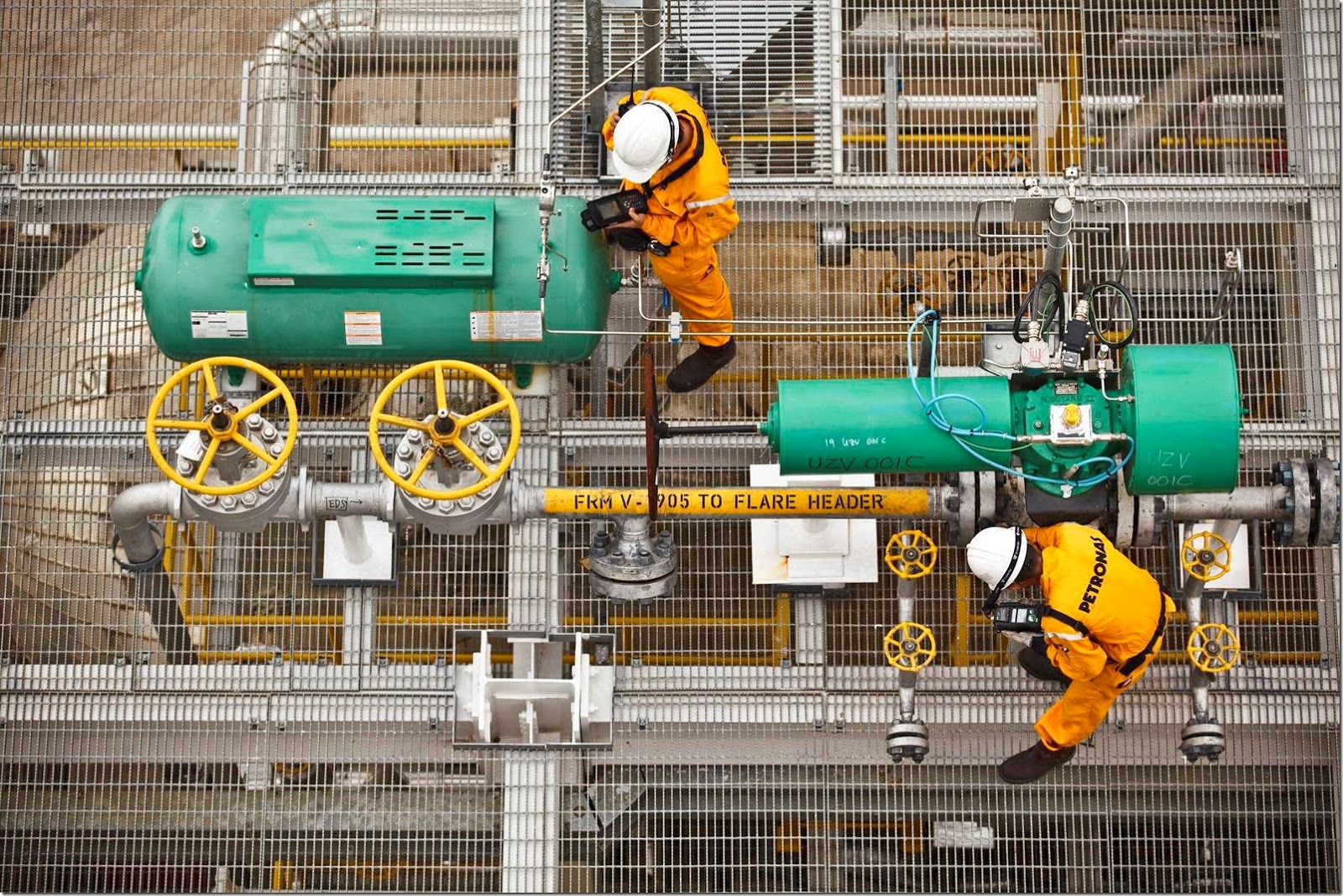 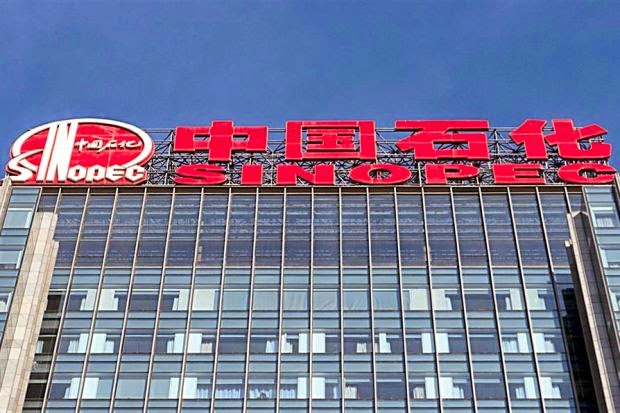 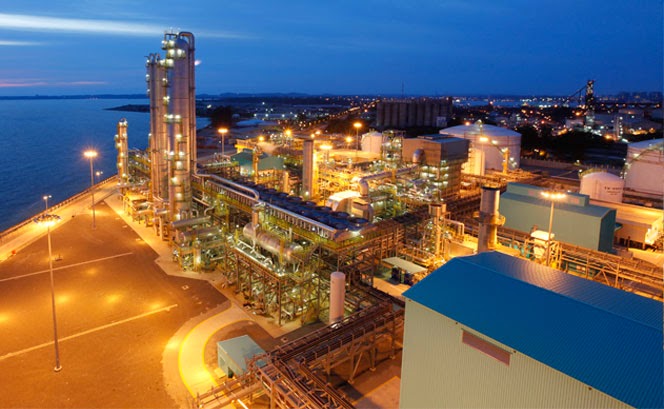 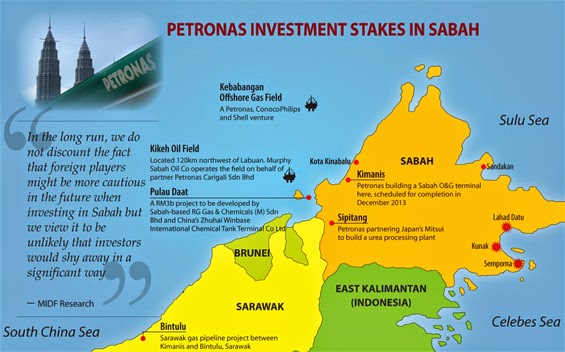 Several Chambers of Commerce and Industry in Sabah are all for suggestions that the State Government seek a stake in Petronas - including a permanent place on the Board - instead of endlessly clamouring for higher oil royalty but getting nowhere.

They believe it is timely for Sabah to receive higher returns on its contribution to the country when its natural resources had been exploited for so long and developed.

Musa said all discussions could be discussed with the consent of both parties.

"There are various channels available for the state and federal governments to discuss issues based on power-sharing, inclusivity and agreement by all," he said.

Musa said this when winding-up debate on the royalty issue at the Sabah State Legislative Assembly on Thursday.

The Chief Minister said although the royalty was set at five per cent, the state has enjoyed an almost 30 per cent increase within five years, from RM750.9 million in 2008 to RM975.3 million in 2013.

He said Petronas has also invested in several mega projects in Sabah, among them the RM18 billion Sabah Oil And Gas Terminal and the RM30.6 billion Sipitang Oil and Gas Industrial Park where Sabah Ammonia Urea project was under construction.

"These investments would not only change the landscape of Sabah's development but would also provide jobs, boost business opportunities and increase the quality of life.

He added managing petroleum-related operations was no easy task.

"Mega projects pose technical and financial challenges and only big players in the industry have the expertise and strong financial resources to undertake them," he said.

Musa said drilling activities involved high costs and could only be undertaken by the industry's leading oil companies like Shell, ExxonMobil and Murphy Oil.

"To reduce the financial risks arising from uncertainties in oil drilling, Petronas has signed production-sharing contracts with these oil firms.

The Canadian government said it has approved four, long-term licenses to export liquefied natural gas from proposed projects on the country's west coast.

The licenses, which had received approval from Canada's National Energy Board in December, are for LNG exports from proposed Pacific Coast terminals backed by Exxon Mobil Corp., BG Group PLC and Malaysian state-owned energy giant Petroliam Nasional Bhd, or Petronas.

None of the proposed projects have been built or even formally approved by their sponsors.

The government said in a statement that the licenses will allow for the export of up to 73.38 million metric tons of LNG a year.

Western Canada is aiming to become a major global supplier of LNG by matching rising demand in Asia with abundant supplies of gas in North America.

When the NEB approved the 25-year licenses in December, Canada's then Minister of Natural Resources, Joe Oliver, said the government would "review" NEB decisions related to the granting of LNG export licenses. 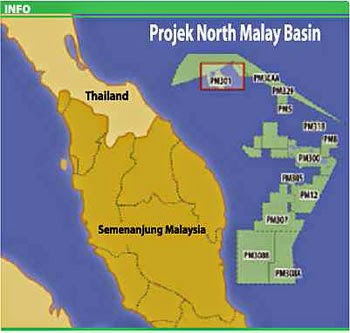 It said on Monday the pipeline would stretch from Kerteh in Terengganu towards the border of Malaysia/Thailand joint development area. 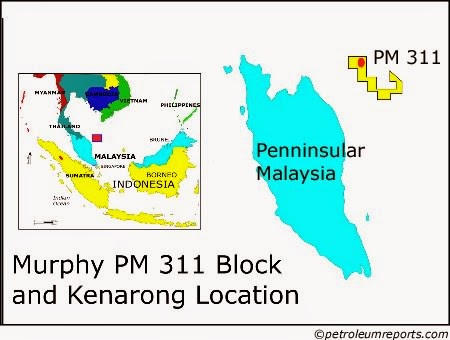 Calgary-based Talisman Energy is understood to be eyeing the acquisition of another asset offering near-term production potential in Malaysia from US independent Murphy Oil, having already been tipped as the front-runner to land two other significant blocks off Vietnam and Malaysia.

Sources said Talisman is among those expressing interest in taking over Murphy Oil’s Block PM311, off Peninsular Malaysia. 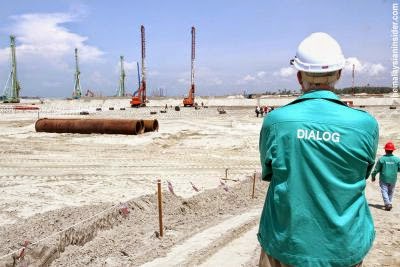 The US$600mil (RM1.9bil) oil storage terminal with a capacity of 1.28 million cu m in Pengerang, Johor would receive a clean oil product shipment today morning, Dialog Group Bhd, one of the owners of the terminal, confirmed to Reuters in an email. 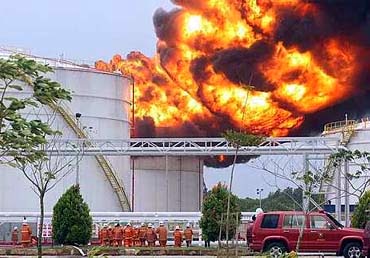 On Thursday, Dialog said its unit Dialog E&C Sdn Bhd had received a notice of arbitration TLP for arbitral proceedings under the engineering, procurement, construction and commissioning (EPCC) contract dated Oct 18, 2006 and a settlement agreement dated May 13, 2011. 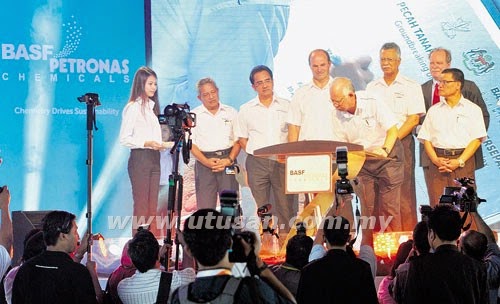 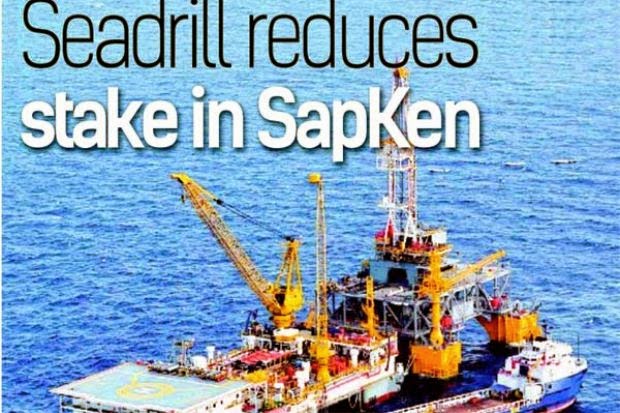 In a placement done via a book-building exercise, the shares were priced at RM4.30 each, valuing the deal at RM989mil.

Petronas Chemical and BASF to invest RM1.5bil in Gebeng complex

They received the green light from the board of the joint-venture company BASF-Petronas Chemicals Sdn Bhd (BPC).

In a Bursa Malaysia filing, PCG said the joint-venture company would develop a citral and precursor plant complex.

The new project involves the development of a new complex that will be integrated with BPC’s existing facilities in Gebeng, which produces acrylic monomers, oxo products and butanediol. The announcement was first made in April 2013.

The investment also includes the development of a new plant to manufacture Citronellol and L-menthol. It will be developed in phases with the first plant expected to come on stream in 2016. The investment by both parties in the project will be in accordance with their respective shareholdings in BPC with BASF having a 60% shareholding and Petronas the remaining 40%.

The investment will enable the parties to meet the global growing demand in the flavour and fragrance industry, especially in Asia.

At the same time, it will also allow them to meet the globally growing demand of customers in the flavour and fragrance industry, especially in Asia. 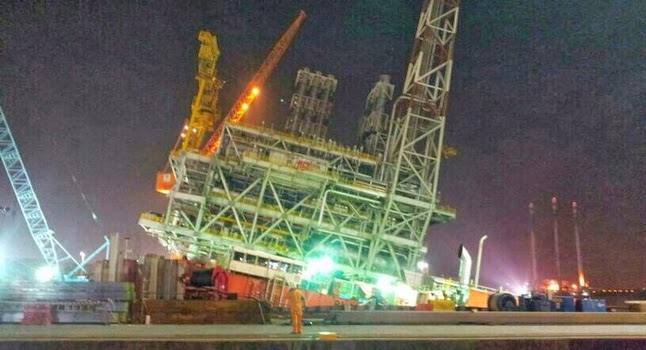 Dockwise-owned Black Marlin installation vessel listed when loading the 18,000-tonne topsides of ExxonMobil’s Tapis R platform at MMHE Pasir Gudang yard on 26 March. No damage to the deck or vessel is reported. It is not yet known how the accident will affect the first gas schedule 1H2014. 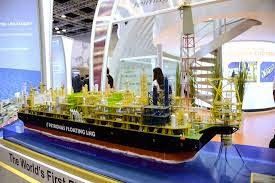 Malaysia’s state-run Petronas has launched the hull for what it claims will be the world’s first floating liquefied natural gas facility.

Petronas launched the hull of its PFLNG-1 vessel at Daewoo Shipbuilding & Marine Engineering’s shipyard in Okpo, South Korea, on 5 April. Petroliam Nasional Bhd (Petronas) is splitting its exploration and production (E&P) division into domestic and international segments to make the businesses more focused and accountable, sources said, adding that the oil giant was benchmarking this move against what Shell, ExxonMobil and Total had done recently.

Previously, Petronas’ E&P unit had not clearly demarcated its international and domestic operations. 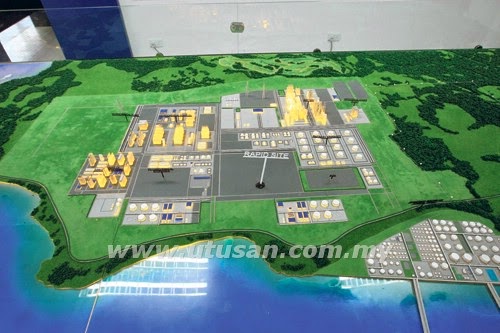 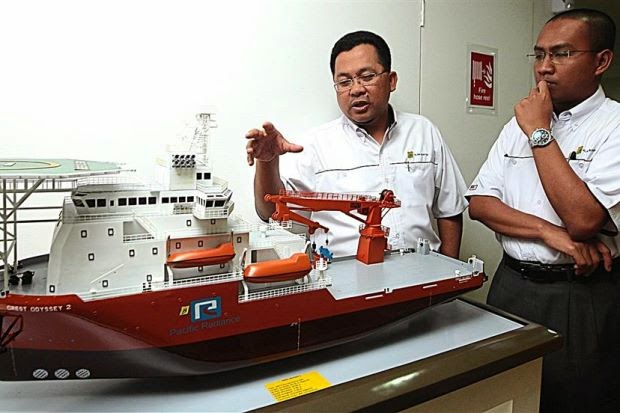 Group executive director and chief operating officer Shaharuddin Rahmad said the company had already identified the target vessel, which it intended to operate with a joint-venture partner. 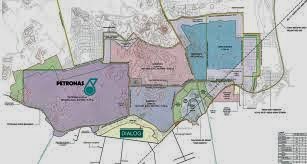 Petroliam Nasional Bhd (Petronas) has green-lit its much-awaited final investment decision (FID) for the Pengerang Integrated Complex (PIC) in south Johor with a commitment of US$27bil (RM88.56bil), but the project will start up a year later than expected in 2019.

The FID marks a "significant milestone" for PIC, of which the Refinery and Petrochemical Integrated Development (Rapid) is a key component, Petronas said in a statement yesterday. 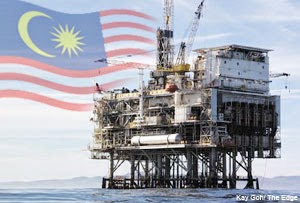 The Malaysian Investment Development Authority (MIDA) targets to attract more foreign investors to the country's oil and gas (O&G) sector on the bid to turn the country into Asia Pacific's O&G hub by 2017.

Chief executive officer Datuk Azman Mahmud said: "Today alone we are meeting about seven potential investors mainly from the US and Europe. 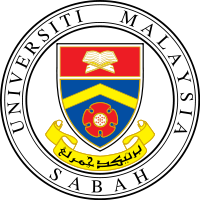 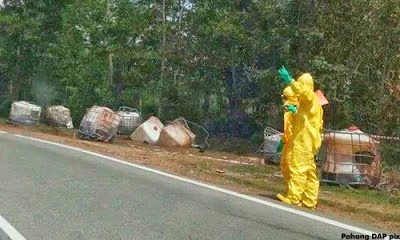 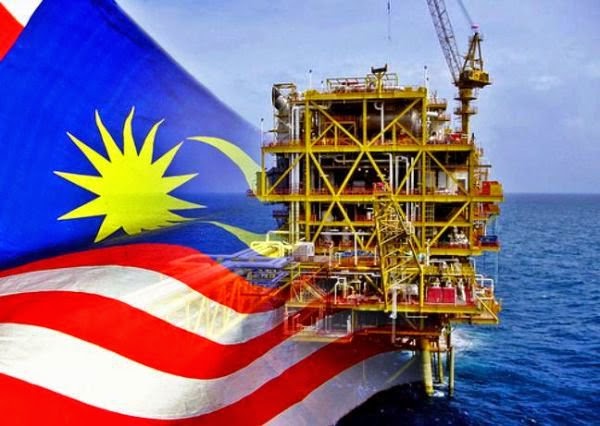 SEVEN foreign oil and gas majors are in talks with Malaysia Investment Development Authority (Mida) on expanding or starting operations in Malaysia to further tap into the industry.

Mida chief executive officer Datuk Azman Mahmud said the seven companies consist of existing players who are looking to branch out into the O&G segments, and new ones that see the potential in Malaysia. 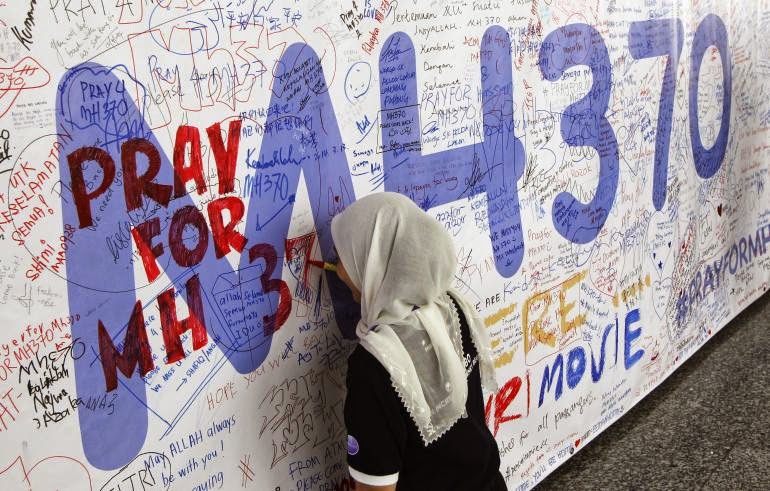 The US Court has dismissed a petition filed on behalf of one of the MH370 passengers against the Boeing Company and Malaysia Airlines (MAS).

MAS said on Tuesday it was advised about the dismissal by the US Court about the request through the courts for information.

Australian based company farms in to Malaysia offshore development

ROC’s Chief Executive Officer Mr Alan Linn said: “The farm in is an excellent fit for our business and in line with our Asian development strategy, we expect the Fields to become cornerstone development assets within our growing regional portfolio. The Fields, particularly D35, contain material in place oil and gas volumes, and overall field recovery is expected to benefit significantly from the introduction of secondary and tertiary recovery technologies.

The fields provide a portfolio of immediately bookable reserves plus contingent and prospective resources, which combined materially add to and extend the reserves and resources life of ROC.

The farm in agreement includes amendments to the existing PSC effective from 1 January 2014 until December 2034. The PSC terms are designed for field redevelopment and enhanced oil recovery (EOR) to commercially encourage progressive incremental oil development over the full life of the PSC.

Malaysia hopes to be Timor-Leste’s major partner in the development of the republic and is ready to send Petronas to that country to explore for oil and gas.

Prime Minister Datuk Seri Najib Tun Razak said Petronas would look at the possibility of taking part in the development of Timor-Leste’s oil and gas industry. 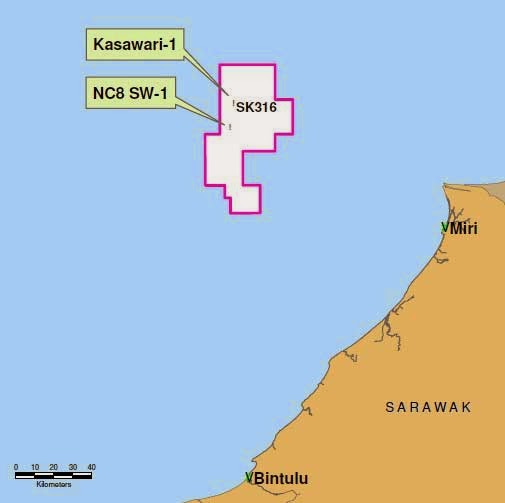 Malaysia Marine & Heavy Engineering Holdings Bhd (MMHE) and Technip are believed to be “the most likely” candidates to secure a job from Petronas Carigali Sdn Bhd for design and construction of a multi-platform project at the Kasawari field located offshore Sarawak, according to AmResearch.

The Kasawari project is the second such project in the area. known as Block SK316.

Uzma Bhd confirmed it has entered into a contract with Petroliam Nasional Bhd (Petronas) to carry out the development and production of petroleum from the Tanjung Baram field.

In a note to Bursa Malaysia, the oil & gas company said its wholly-owned subsidiary company, Uzma Energy Venture (Sarawak) Sdn Bhd, and its partner had entered into the contract, clarifying recent news reports that both were the front runners for the risk service contract (RSC) for the Tanjung Baram field in Sarawak, worth an estimated US$100mil to US$200mil (RM330mil to RM660mil).

Uzma did not reveal any further details, stating that more would be announced once a written consent to release the said announcement had been obtained from Petronas. The group is understood to have teamed up with a British oilfield services firm in its contract bidding.

Earlier this month, analysts had suspected the group’s recent fund-raising exercise was for the RSC award from Petronas.

Kenanga Research analyst Cezzane See believed Uzma’s chances of winning the RSC was strong because the company was a participant in the early studies for some of the marginal fields, which gave it indepth knowledge.

Meanwhile, Petronas Gas Bhd has entered into new gas processing and transmission agreements with parent company Petronas, that will extend its existing contracts by another 20 years to Dec 31, 2033. 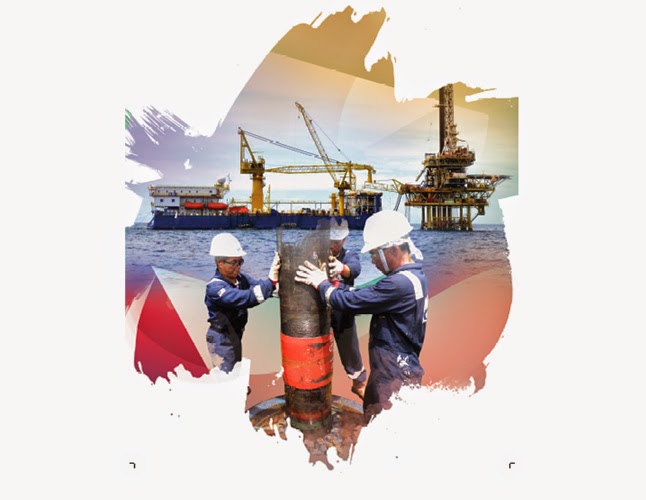 SapuraKencana Petroleum Bhd announced Tuesday that its wholly-owned drilling subsidiaries overseas had won one new contract and three contract extensions worth a total of US$454mil.

In its filing with Bursa Malaysia, it said Singapore-incorporated SapuraKencana Drilling Pte Ltd had been awarded a contract by Total E&P Congo, of the Republic of Congo, for the provision of its Semi-Tender Assist Drilling Rig, SKD Berani. 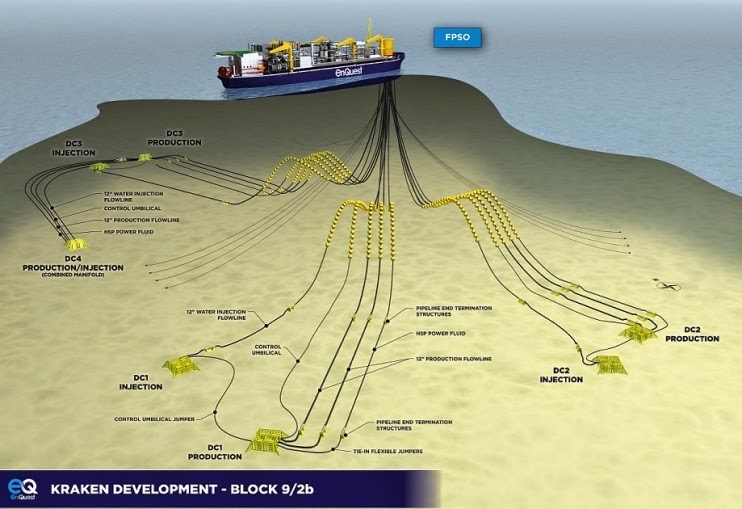 This exceeds the US$1bil (RM3.27bil) in capital expenditure (capex) Bumi Armada is expected to charge for the Kraken FPSO, which it clinched last November.