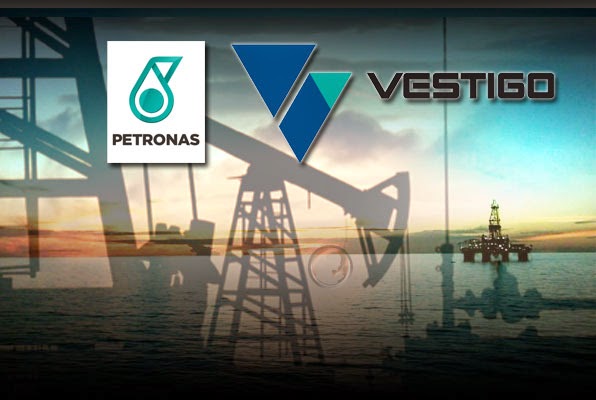 Vestigo is working towards a final investment decision for the development of Tembikai off Terengganu, with the field now projected to come on stream around mid-2015, Anuar told reporters on the sidelines of the inaugural OTC Asia in Kuala Lumpur.

Vestigo is flying solo to develop some 5 million to 10 million of oil and gas reserves at Tembikai, Anuar said.

Its priority is on pushing for first oil in 2015, while gas will follow at a later stage.

The Petronas Carigali subsidiary also has its hands full developing "a portfolio of marginal fields" handed over by its parent company.

Vestigo Petroleum’s intent is not to compete within the next two years in bidding rounds for RSCs, but it will pick up fields which do not interest other oil and gas operators, he added.

Besides the marginal field developments, Petronas Carigali also plans to drilling "a couple" of appraisal wells later this year "in the vicinity" of the high-pressure, high-temperature Wakid-1 discovery in Block 2G to 2J production sharing contract.

Three production tests were performed on the Wakid-1 wildcat and these flowed oil at a combined maximum of 8200 barrels per day.

Preliminary estimates of the hydrocarbons in place at the Wakid discovery are 227 million barrels of oil equivalent, with expected upside potential.

Gas from the first HPHT development in Malaysia - the Kinabalu Deep and East gas field - will reach the MLNG complex in Bintulu within a few weeks, Anuar said.