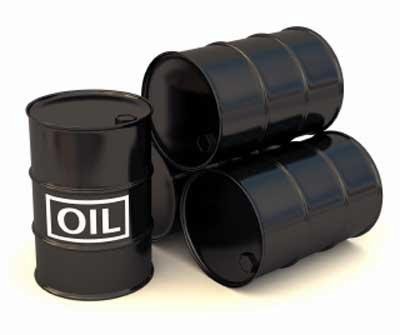 Brent crude sat near a six-week trough below $106 a barrel on Wednesday as concerns eased about an escalation of the crisis in Ukraine and investors looked to an increase in U.S. oil stocks.

Comments by Russian President Vladimir Putin that he did not want to split Ukraine after approving plans to make Crimea part of Russia helped ease concerns, while attention shifted to the U.S. Federal Reserve's policy decision later Wednesday.

"Investors appear to be moving beyond the crisis in Ukraine, but they do still have an eye on potential sanctions against Russia," said Ben Le Brun, a market analyst at OptionsXpress in Sydney.

"There's a lot of second guessing going on about the situation in Ukraine. I think there is still an element of risk premium, especially in Brent," said Le Brun.

An expected rise in commercial crude oil inventories in the United States last week could weigh further on prices. A Reuters poll of eight analysts taken ahead of the weekly inventory report from the U.S. Department of Energy's Energy Information Administration (EIA) due at 1430 GMT showed a rise by 2.6 million barrels last week on average.

Stockpiles rose 6.2 million barrels in the week to March 7, far more than expected, as imports increased and refineries slowed activity.

The U.S. central bank is widely expected to scale back its monthly bond-buying stimulus by $10 billion at the end of its Federal Open Market Committee meeting later Wednesday.

"The Federal Reserve meeting will take more of the centrepiece today, and I think that a $10 billion reduction in the stimulus programme is largely built in to oil market," said Le Brun.

The policy review will be the first presided over by Fed Chair Janet Yellen.

In other news, Iran exported oil at levels higher than allowed under Western sanctions for a fourth straight month in February with ship loading data obtained by Reuters showing top clients again bought more than 1 million barrels per day (bpd).

The rise in sales to Iran's main clients, mostly in Asia and including Turkey, comes after a temporary agreement that eased some of the sanctions aimed at undermining the OPEC member's nuclear program. - Reuters