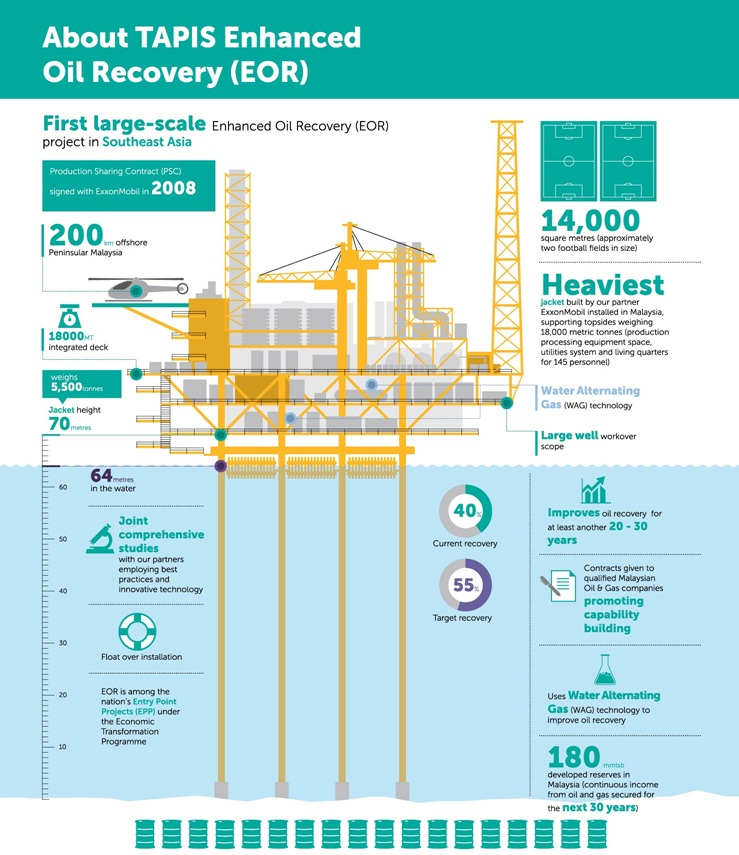 Malaysia's state-owned Petronas is set to sanction two water-alternate-gas enhanced oil recovery projects this year, while it set out to bring the first large-scale in-country WAG project at its flagship Tapis oilfield onstream in the second quarter.

The second, is the recently approved WAG EOR for the Betty field, according to Adif.

First water or gas injection at the Tapis WAG EOR is scheduled for July, with additional output at the mature oilfield expected to kick in from early 2015, according to to Petronas' senior general manager of petroleum resource development, Emry Hisham b Yusoff.

Petronas has successfully arrested the decline in production at Malaysia's mature oilfields to 3.2% per annum through its EOR and increased oil recovery efforts, Adif said.

The Malaysian national oil company estimates further IOR or EOR projects could recover another 2 billion barrels of oil by lifting recovery factor to between 45% and 50%, up from the current average of 35%.

Between 10 and 15 EOR potential projects are now under examination, he added.