Petronas' targets to grow hydrocarbons output by 3%, profit by 10% a year 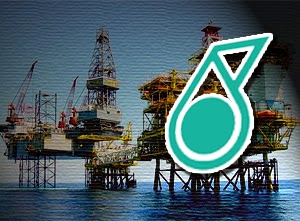 Petroliam Nasional Bhd (Petronas), now the world’s sixth most-profitable Fortune 500 company in the oil and gas space, is targeting to grow its production of hydrocarbons by between 3% and 3.5% a year until 2017-2018, according to executive vice-president of exploration and production Datuk Wee Yiaw Hin.

Petronas’ exploration and production arm also aimed to maintain a reserve replenishment ratio (RRR) of one at all times and grow net operating profit after tax by 10% each year, he said.

“That means I not only have to grow production, but also grow it profitably,” Wee told delegates at a panel discussion at OTC Asia yesterday.

RRR is the amount of oil and gas added to a company’s proven reserves versus what it produces during the year.

A ratio of one indicates that Petronas has a good balance between hydrocarbons produced and discovered. The group achieved a RRR of 1.3 times last year.

Wee said Petronas, which celebrates its 40th anniversary this year, was evolving from a national oil company (NOC) into an international NOC, with operations spanning 55 countries and a broad portfolio across the entire upstream value chain, putting it on a level playing field with the traditionally dominant international oil companies (IOC).

“The IOCs used to say, just sit back and let us do all the work. As an NOC you need not be more than a rent collector.

“But NOCs are now taking a lead role in developing their own resources. And they are on the global arena, competing head-to-head with IOCs.

“In the past, our main role was as a regulator. Today, that is no longer the case. In the 1990s we ventured overseas in earnest. Currently we are an INOC, with production of over two million barrels of oil equivalent a day.”

With the era of easy oil coming to an end, Wee said NOCs had to take on the dual role of regulator and enabler.

“As regulator, we have to develop and enforce policies for industry. But that’s not all. As NOC, we should add value to the country’s resources.

“We must be proactive in helping IOCs optimise production. By nature, regulation stifles.”

NOCs, Wee explained, needed to deal with oilfields getting smaller, deeper and more complex, the rising cost of offshore exploration and production, and stricter environmental standards.

State-owned oil firms also had the added responsibility of ensuring their home country’s energy security and the nation’s revenue, he added.

“Petronas’ business model has changed. We have obtained strategic and operational autonomy, and are unencumbered by bureacracy and political patronage.

“We function as an independent company and are commercially-driven. All these ingredients are necessary to be a successful NOC.”

“Once you leave your own borders as NOCs, you are out there competing with the independent and big IOCs, which have a lot of operational autonomy,” said IHS PFC Energy Asia-Pacific vice-president Michael Rodgers at the panel. “If you can’t move quickly, it will be tough to compete. A deal doesn’t sit on the table for six months while the ministry of finance debates whether to let the money go.”

In a bid to arrest the natural decline in Malaysia’s oil and gas resources, Petronas had brought in niche firms to develop mature and marginal fields, and tweaked policies to make brownfield projects more attractive, Wee said.

Because of incentives such as the reduction in income tax for marginal fields to 25% from 38% and investment tax allowance of up to 100% for challenging fields like deepwater, high-pressure high-temperature, and high carbon dioxide, the domestic scene had “come alive” in the past two years, Wee noted.

“We have to be as innovative as possible,” he said.

Petronas also used to own a large international portfolio that was a “mixed bag” due to government-to-government arrangements, many of which had since dropped, he said.

“This is what we mean by ‘high-grading’ our assets. Petronas is also venturing into the heartland of Central Asia, Myanmar and Sudan for oil.”

The group derives some two-thirds of its production from Malaysia and the rest overseas.

To replenish its reserves, Petronas would seek out assets in West Africa and South America, and unconventional resources such as shale oil and gas, Wee added.