The winning firms were mostly from Asia, including Malaysia’s Petronas and Thailand’s PTT Exploration and Production, as Western firms have shied away from the country.

Myanmar has been moving fast to implement political reforms and attract investment, drawing praise from western nations but no easing of sanctions that analysts say may see oil majors miss out on opportunities.

The political opening has gathered pace since the tender closed on August 23, and could see bids from further afield for the next round, with one of the sources saying Japanese firms had shown an interest.

Myanmar failed to strike deals on the remaining eight blocks as these were not seen as lucrative, said the sources, who could not be identified as they are not authorised to speak to the media.

The Ministry of Energy and state-owned Myanma Oil and Gas Enterprise are now offering nine offshore blocks, of which five are deepwater. No details were available on the bidders for the offshore blocks.

“The Ministry of Energy has asked for proposals. Some oil and gas companies have come for the data presentations. There has been a lot more interest in the deepwater blocks coming from the Japanese,” said the first source.

Japanese Trade Minister Yukio Edano was due to visit Myanmar on January 12-14 with a business delegation that includes the president of Japan’s top refiner JX Nippon Oil and Energy.

A trade ministry official said the trip would promote cooperation in the energy and mining field, including pushing for investment in oil and natural gas in Myanmar.

Myanmar’s proven gas reserves at 11.8 trillion cubic feet at the end of 2010, or 0.2 percent of the world’s total according to the BP Statistical review, have drawn interest from China and India where resilient economic growth is fuelling energy demand.

Countries in Southeast Asia bagged the bulk of the awards, led by Petronas and PTT winning two blocks each. Petronas officials were not immediately available for comment. Little known Indonesian firm PT ITSTECH Resources Asia won the rights to explore one block.

Interest from major, state-linked Chinese players was lukewarm, paving the way for lesser-known Tianjin New Highland and Hong Kong-listed EPI Holding to secure a block each, the sources said.

These trade embargoes were put in place over the past two decades due to the country’s poor human rights record under the military junta, leaving the resource rich country poverty stricken.

After a new civilian government took power last year, which in turn initiated talks with Suu Kyi, released political prisoners and reached out to armed ethnic groups, hopes for an unwinding of sanctions have grown. On January 6, British Foreign Secretary William Hague met separately with Myanmar’s government and Suu Kyi, seeking the same reforms and offering similar concessions as US Secretary of State Hillary Clinton did late last year.

“Myanmar is opening up its country and its oil and gas sector almost in unison with Clinton leading the way,” said Victor Shum, an oil consultant at Purvin & Gertz in Singapore.

“Many western oil majors may take a wait and see approach with this due to the sanctions but in doing so, they could miss the boat,” he added.

The second Yangon-based source said in the event of still weak interest from western and also Chinese oil companies for the deepwater and shallow blocks, Myanmar could fall back on investment from Southeast Asian countries. – Reuters 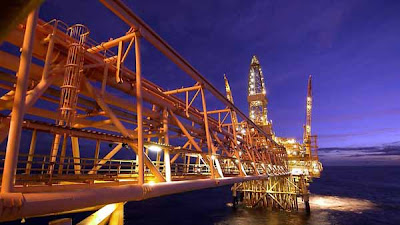 Malaysia’s O&G sector was identified as a key transformation area to help propel the country into a high income nation. Petronas has been increasing capex spending in Malaysia over the past two years, with domestic capex at 67 to 72 per cent of its total capex (versus 55 per cent previously).

Petronas was gearing up its exploration and production activities to meet increasing demand with 11 new production sharing contracts (PSCs) in Malaysia awarded by Petronas in 2011 in contrast to just four PSCs in the previous year.

“The government started the ball rolling in late 2010 when it granted tax incentives to enhance the commercial viability of abandoned marginal fields.

“There are another 22 marginal oilfields identified for development, and we could see more RSC by mid-2012 given that bidders would submit proposals by the first quarter of 2012 (1Q12),” Quah said.

Petronas was also focusing on enhanced oil recovery (EOR) because of declining output at mature producing fields, where the average recovery factor was only half the 46 per cent average in the North Sea.

EOR implementation was expensive with cost of deploying chemical EOR up to US$13 per barrel but the initiative would be supported new tax incentives for marginal field development as well as bullish oil prices.

Foreign players with qualified technical expertise and sound financials would be required to partner up with local listed partners with at least 30 per cent equity ownership. O&G players with proven track records were set to benefit from this expertise-sharing requirement and this could be the game changing plan for local players to move up the value chain.

Addressing price risks involved in the sector, Quah remarked, “The huge spending could be derailed if oil prices tumble from about US$100 per barrel currently. However, it is unlikely to fall below US$80 per barrel.

“We view that as long as oil prices remain above US$70 per barrel, Petronas will continue to invest heavily in exploration and production.”

Downplaying project delays, the analyst noted, “This concern is not new, as we have seen delays and pullback of development projects over the years for various reasons. The difference now is that the risks are more diluted.”

Kuantan MP Fuziah Salleh today accused the Pahang Department of Environment (DOE) of covering up facts concerning the radioactive dangers of Lynas Corp’s factory in Gebeng, saying the state DOE director had spoken “half-truths” on the matter during a December 29 closed-door briefing with the public.

She took offence when Dr Ahmad Kamarul Najuib Che Ibrahim said that the Lynas factory “is a chemical factory and not a radioactive factory”, and charged that his remarks on the safety of Lynas and its future plans were misleading.

She pointed out that he had not mentioned that the Lynas factory would be producing waste materials which have already been classified as radioactive, and that the factory would become one of the world’s biggest rare earth plants after those in China.

“Is it not the responsibility of the director of the JAS (DOE) to tell the truth to the people and not be used as a political tool by the ruling government who wants to twist the real facts?” Fuziah said in a statement.

“The Lynas plant uses material brought from Australia to be processed in Gebeng where its radioactive waste will be disposed of here,” she added.

Lynas Corp has already resorted to placing full-page advertisements in mainstream newspapers to defend itself from criticisms over its nearly-completed rare earth refinery.

Through the advertisements, the Australian mining firm explained several frequent allegations against its operations, including offering its promise that it complies with all Australian, international and Malaysian standards.

The controversial RM1.5 billion plant being built in the prime minister’s home state of Pahang is now said to be more than 85 per cent complete and is expected to power up by early next year.

The rare earth refinery, touted to be the biggest in the world, aims to break China’s near-complete stranglehold of the minerals required to manufacture high-technology products like hybrid cars, smartphones to bombs.

But public protests by local residents and environmental groups over the possible radioactive hazard posed by the plant this year put the brakes on Lynas’ plans.

The outcry prompted a review by a nine-man panel of experts from the International Atomic Energy Agency (IAEA), who instructed the Sydney-based company to provide a better long-term waste management plan.

Putrajaya, which imposed tighter environmental safety standards on the proposed plant in June following the high-profile protests, has yet to issue a pre-operating licence for the plant.

The Australian government’s Department of Mines and Petroleum issued a statement on December 16 stating that Lynas Corp’s operations were safe and that it abided by international safety conventions. 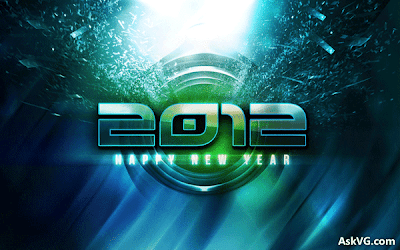