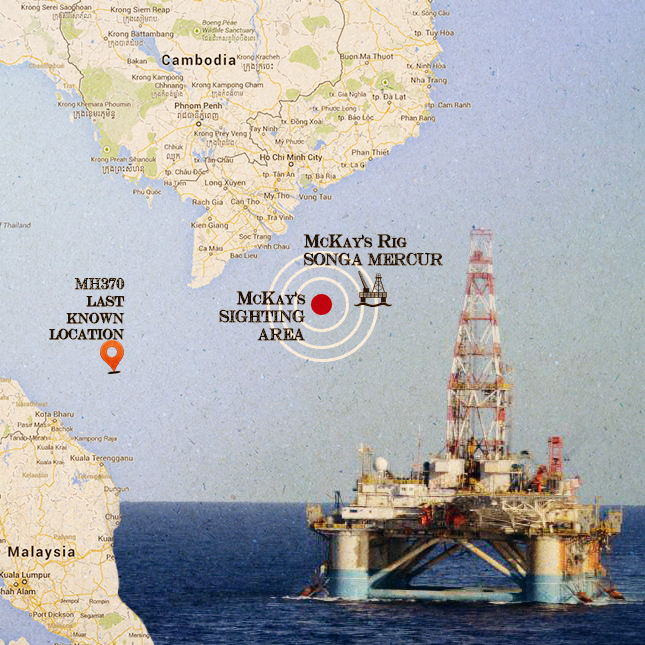 When I heard about the Malaysian jet going missing over the weekend, the first thought that crossed my mind was that if it went down over the ocean, perhaps someone working in oil and gas offshore was witness to the disaster.

If you think about it, there are literally thousands of offshore "outposts" in the form of manned production platforms and drilling rigs stationed across the earth's oceans. Southeast Asia is pretty densely populated with offshore activity, and surely a Boeing 777 crash into the ocean or in-air explosion might attract some eyeballs from folks working offshore.

Well, media reports from Asia today suggest that an offshore drilling worker just might have the answer to this international mystery that has captivated the attention of the entire world. It's unclear as of this writing whether this lead will pan out, but it is an interesting data-point out of the O&amp;G industry in the eerie disappearance.

Specifically, reports indicate that Michael McKay (a New Zealand-based offshore rig hand) was working on the Songa Mercur over the weekend in the Gulf of Thailand when he saw a burning object about 200 miles southeast of Vung Tau (Vietnam).

The below email he wrote describes his observation and is now in the hands of Vietnamese authorities, who have commenced search efforts on the basis of this new information. It's a little hard to read, so there is also a transcription included below. 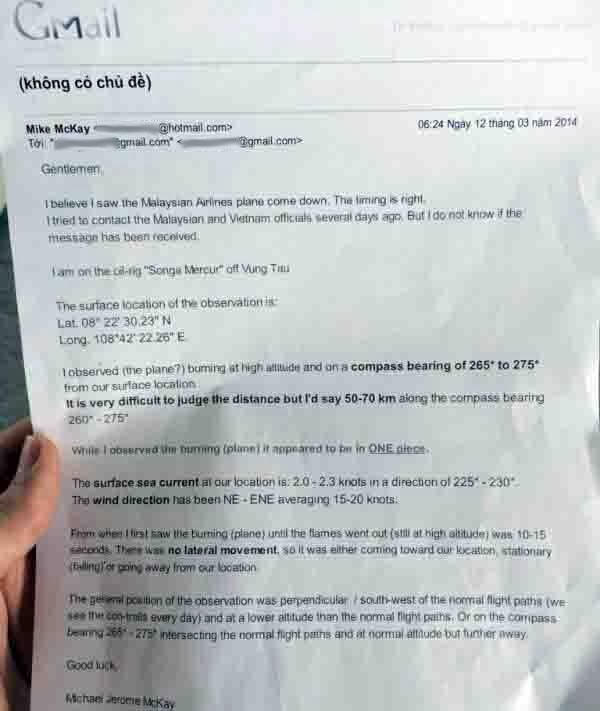 I believe I saw the Malaysian Airlines flight come down. The timing is right.

I tried to contact Malaysian and Vietnamese officials days ago. But I do not know if the message has been received.

I am on the oil rig Songa-Mercur off the coast of Vung Tau.

The surface location of the observation is

I observed (the plane?) burning at high altitude at a compass bearing of 265* to 275* from our surface location.

While I observed (the plane) it appeared to be in ONE piece.

The wind direction has been E-ENE averaging 15-20 knots.

From when I first saw the burning (plane?) until the flames went out (still at high altitude) was 10-15 seconds. There was no lateral movement so it was either coming toward our location stationary (falling) or going away from our location.

The details in Mr. McKay's email are compelling, and the specific nature of his account speaks to the professionalism of this oil pro and of the entire industry he represents. While it is yet unclear if this lead will pan out, it is a good example of the industry doing the right thing and of the hidden value of having a vast global offshore infrastructure. - www.Oilpro.com