Petronas 2013 net profit one of the 'best ever' 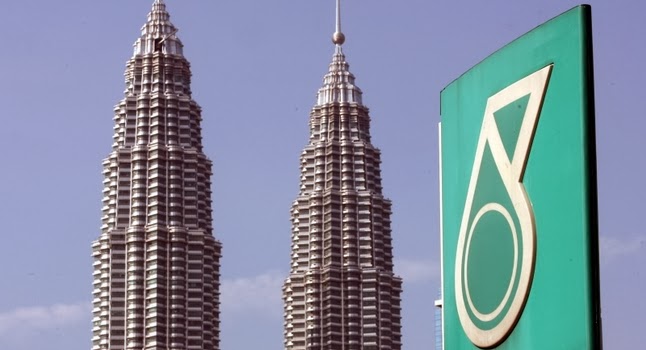 Petronas had one of its “best years ever” in 2013 when it posted an 8.4% spike in net profit to RM54.11bil from RM49.92bil a year ago, citing better oil and gas production from South Sudan, Iraq, Malaysia and Canada.

But its dividends to the Government came down by RM1bil to RM27bil, even though its contribution to the national heritage fund stood firm at RM2bil for a second year running.


This is in tandem with Petronas’ commitment to pay out 30% of its income as dividends to the Federal Government.

President and CEO Tan Sri Shamsul Azhar Abas refrained from providing a profit forecast for this year, saying challenges could persist on costs and softening demand from emerging and developed countries, as well as declining margins.

However, the cold snap since January in countries such as the United States, which has spurred energy demand for heating, gave Petronas a good start to the year, he told a media briefing yesterday.

This was also supported by a favourable US dollar-ringgit exchange rate, while a dip in impairment losses helped buffer the bottom line and lower average selling prices.

Executive vice president of finance Datuk George Ratilal said the group’s cash from operations and others stood at RM94.9bil, which was more than enough to fund its dividends and capital expenditure (capex), which totalled RM93.1bil.

Some 56% of its RM56.6bil capex bill was invested in Malaysia, and the rest overseas.

The national oil firm recorded an annual production of 2.13 million barrels of oil equivalent per day (boepd), up 5.8%, while its entitlements edged up to 1.6 million boepd.

“We’ve been squeezing so much, there isn’t much left,” Shamsul said.

He noted that Iraq saw production in three out of four blocks last year, with all four fields targeted to be up and running within the second half of this year.

Petronas made 15 new oil discoveries last year, 10 of them in Malaysia and five abroad.

Its core exploration and production segment showed a 28% jump year-on-year in after-tax profit to RM37.36bil, reflecting a drop in impairment charges and well costs.

Crude oil and condensates production volume climbed 6.8% amid a resumption in its troubled South Sudan operations, coupled with new producing fields in Malaysia and Iraq.