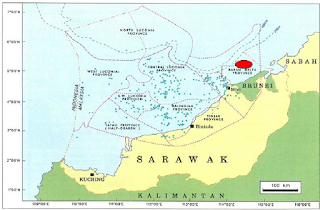 He said the plan was discussed with national oil corporation, Petronas, which was very receptive to the idea of the state-owned company partaking in upstream and downstream oil and gas exploration activities.

“I had discussions with Petronas, we are adopting a new approach.

“Sarawak will participate in both upstream and downstream oil and gas activities.

“In the upstream sector, this will be Sarawak’s maiden venture, as such, we need to set up a state-owned company in order to join Petronas  in oil and gas exploration in the South China Sea.

“We will establish our company first. We will join Petronas to work out a deal with petroleum arrangement contractors,” Abang Johari told reporters last night after breaking fast with Sarawakians studying and working in Pensinsular Malaysia.

He said the Sarawak-based 100 per cent state-owned company would have its own entity.

The chief minister also said oil and gas companies from Sarawak, in the past, were only involved in downstream oil and gas activities in Bintulu with an estimated investments of  US$2 billion.