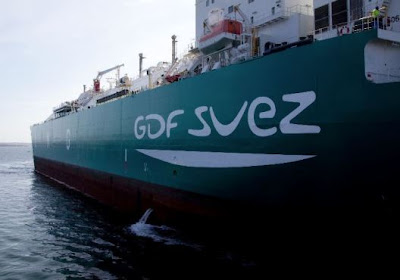 GDF SUEZ has entered into an agreement with Petronas LNG Ltd., a wholly owned subsidiary of Petroliam Nasional Berhad (Petronas), the national oil company of Malaysia, under which, GDF SUEZ will supply Petronas LNG with 2.5 million tons of liquefied natural gas (LNG) from August 2012 over a 3.5 year period. The cargoes will be sourced from GDF SUEZ’ LNG portfolio.
This mid-term agreement with Petronas LNG Ltd. confirms GDF SUEZ’ ambition in Asia as one of the core development region for its LNG business, with strong growth prospects and new supply potential. GDF SUEZ is one of the few European utilities able to direct LNG volumes to the Asian markets.
To extend its LNG portfolio supplies in Asia-Pacific, the Group is also developing Bonaparte LNG, an integrated project to build a floating production storage and offloading (FPSO) unit in Australia, with a 2 MTPA capacity.

GDF SUEZ has a diversified portfolio of LNG supplies from Algeria, Egypt, Nigeria, Norway, Trinidad and Tobago and Yemen, representing 16.5 MTPA. The Group is one of the leading LNG players in the world and the main LNG importer in Europe. It operates a fleet of 18 LNG carriers and has a significant presence in regasification terminals around the world. - LNG World News