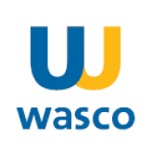 The company is said to be the front runner in the tender for the APLNG onshore concrete pipe coating contract valued at about RM122 million (US$40 million), sources said, adding that the project is expected to be given out in the next one to two months.

The entire APLNG project involves the development of the coal seam gas resources in the Surat and Bowen Basins over a 30-year period, a multi-train LNG facility on Curtis Island near Gladstone, Queensland, Australia, and a 450km transmission pipeline.

In late April, APL sealed a deal with state-owned China Petrochemical Corp (Sinopec) for the supply of about 4.3 million tonnes of LNG per year over a 20-year period. The deal entails APL exporting LNG from its gas resources and proposed LNG facility in Queensland to Sinopec’s yet to be constructed Guangxi receiving terminal and other LNG import and gasification terminals in China.

Sinopec’s majority-owned subsidiary, China Petroleum and Chemical Corp Ltd, will take up 15% equity interest in APL, thereby reducing Origin Energy and ConocoPhillips’ ownership in the joint venture company to 42.5% each.

APL is scheduled to export its first LNG cargo in 2015 to Asian markets. The facility’s first two trains have an annual processing capacity of up to nine million tonnes.

“Wah Seong’s relationship with Chevron in the Gorgon project may help it garner the Wheatstone LNG project, which is to be developed by Chevron as well,” MIDF Research said in a recent report.

Wah Seong expects to reap the benefits from increased investment activities by oil majors, spurred by continued global demand for oil and gas and the current price of crude oil.

Its tender book currently stands at about RM5 billion with over half for overseas pipe coating works, analysts said.

In the longer term, OSK Research said Wah Seong’s recent joint venture with Nasdaq-listed Insituform Technologies Inc would open the door for the company to penetrate the US, Brazil and Gulf of Mexico markets.

For domestic jobs, analysts said Wah Seong is in good shape for a chunk of pipe coating contracts from the Kebabangan northern hub development project off the coast of Sabah.