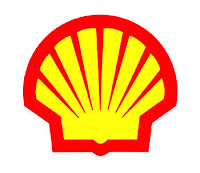 The Shell Group of Companies in the Philippines, the local arm of Royal Dutch Shell Plc., has programmed $1.1 billion in funds development the next phase of the Malampaya gas project, chairman Edgar Chua told reporters.

In an interview, the Shell official made it clear that the budget will be spent over the next three years to fund development works for the second phase of Malampaya.

This amount is on top of the planned investments for its downstream or retail business. Chua said his company usually spend P2 billion to P3 billion every year.

Chua noted that the annual budget for its downstream business covers expenses in maintaining the storage facilities, upgrade or improve the refinery facility as well as to put up or refurbish retail stations.

For the refinery, Chua said they continue to pour in investments in reliability.

In another development, Chua said they are also interested in helping the Government in setting the needed infrastructure for the import of liquefied natural gas into the country.

“We are interested in seeing how we can participate in the LNG program of the government, and we have always been looking at coming in with potential local partners, if we [decide to] participate,” Chua said.

For an LNG infrastructure, he added that facilities and pipelines must be imported and a power plant needs to be built. “So for us, our interest is primarily on supplying the LNG or import facility and the other needed infrastructure, particularly the regasification units and its pipeline as well,” Chua said.

Energy Secretary Jose Rene Almendras earlier said the department expects to bid out liquefied natural gas projects (LNG) it has laid down by early next year.

Almendras said the technical feasibility studies for LNG facilities of the Japan International Cooperation Agency for Luzon and of the World Bank for Mindanao are expected to be finished by September.

The World Bank, in particular, wants a study that will determine the volume or capacity of LNG facilities that can be put up in Mindanao.

Upon completion of the master plan, Almendras said it will take them three months to prepare the terms of reference for the LNG projects to be bid out to investors. “We really hope to bid out it by early next year,” he said.

Almendras declined to name the investors but said the investors are American, European, Italian and Japanese companies interested to put up the pipeline that will

Almendras quickly admitted though that China’s recent signing for a huge LNG contract with Australia bother him a bit.

“I hope there will be left on our plate, though I’m also confident that there still is something left for us as there is still a lot of LNG suppliers. But of course, pricing will be affected,” he said.

Almendras said LNG prices have recently gone up because of Japan. The Japanese are building 600 megawatts of LNG generation facilities, which is expected to come on stream in the next two to three months.

Almendras earlier said the government is set to bid out the Batangas-Manila gas pipeline (Batman 1) project and the LNG regasification and receiving facilities.

The proposed 100-km Batman 1 pipeline, initially estimated to cost around $100 million, is supposed to run from the Malampaya gas project in Batangas to Sucat, Paraéaque but government now wants it to run up to Quirino using “road right of ways.”

“The pipeline would cost half a billion dollars, the regasification and receiving units would probably cost around $700 million to $800 million. We will bid it out. We’re going to get the best possible deal for the government,” he said.

Almendras pointed out that the Philippine National Oil Co. can form a joint venture with the winning bidder because it owns the franchise for the pipeline.

“As far as the receiving and regasification facilities are concerned, it’s going to be done through Public-Private Partnership, which has already attracted a number of groups already,” Almendras said.