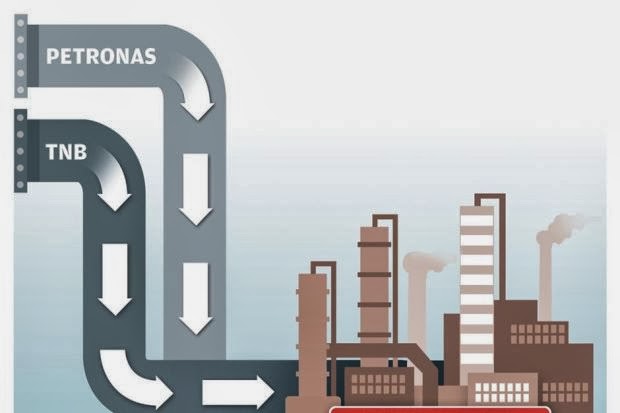 Perwaja Holdings Bhd has secured a favourable settlement with Petroliam Nasional Bhd (Petronas) with a repayment period of up to 43 months, according to sources.

The steelmaker announced that its wholly-owned subsidiary, Perwaja Steel Sdn Bhd (PSSB), has reached an amicable settlement with Petronas for the full and final settlement of an outstanding amount of RM275.77mil and provision for the future supply of dry gas.

Sources said the loss-making company had been granted a reprieve with no repayment for 18 months and upon expiry of the grace period it would be given a further 43 months to pay the balance to the national oil company. The long repayment period works out to about RM6.41mil per month to be paid to Petronas.

Kinsteel owns about 37% of Perwaja while Tan Sri Abu Sahid Mohamed has a deemed interest of close to 70% in Perwaja.

On Thursday, the beleaguered company said the amicable settlement with Petronas was an “important milestone in Perwaja’s recovery and represented a key element in reviving PSSB’s operations”.

The company has slipped into Practice Note 17 status last November.

This agreement was part of the group’s plan to restructure its financial position and indebtedness under a regularisation plan required by Bursa, it said.

It said it would continue discussions with other creditors of PSSB, including financial institutions, to finalise a restructuring scheme that was acceptable to all parties, which would lead to improvement of Perwaja’s operations.