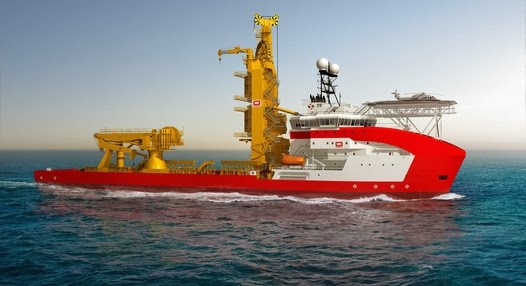 It said the 550-tonne Sapura Topazio, ordered by Sapura Navegacao Maritima, a Brazil-based joint venture between SapuraKencana and Seadrill Ltd, is the second in a series of six fully integrated offshore vessels.

In a statement today the company said the vessel was named and launched on Feb 20 by Puan Sri Yazreen Yahya, wife of SapuraKencana President and Group CEO Tan Sri Shahril Shamsuddin, and was from Dutch shipbuilder IHC Merwede's
shipyard in Krimpen aan den Ijssel.

The Sapura Topazio after this delivery will be fitted and commissioned before heading to Brazilian waters to develop deep-sea oilfields of up to 3,000 metres along with its sister vessel, the Sapura Diamante.

Shahril said the company was committed to delivering on its promise on the PLSVs to Petrobras as well as building a long and lasting partnership in Brazil.

"We are poised to be in Brazil for a long time and we believe strongly in localisation and sharing of knowledge.

"We will use this opportunity provided to us to operate out of Rio de Janeiro and help to build up local capabilities," he added.

Currently, Sapura Navegacao is preparing to start operating the PLSVs for Petrobras and will increase its staff strength in Brazil substantially as all vessels that have been contracted by Petrobras are fully delivered and in operation. -- BERNAMA